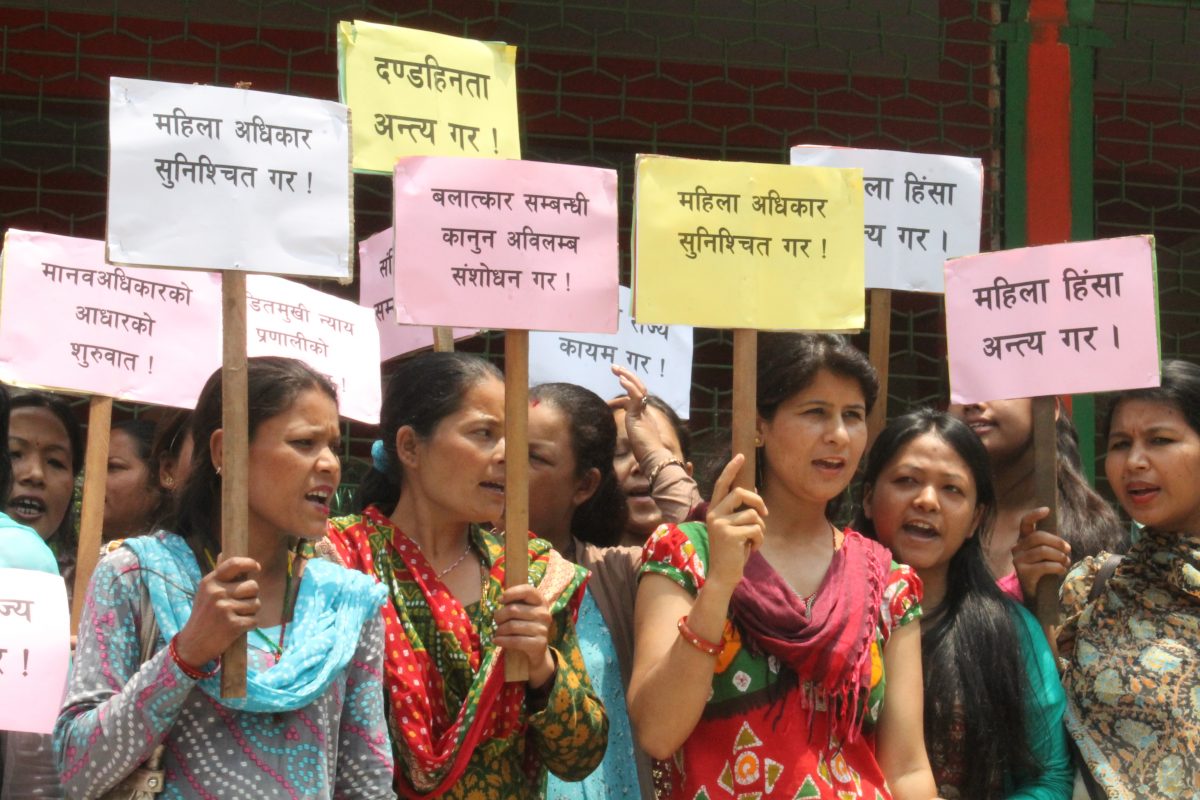 Since the 1970s, the human rights situation has improved in many countries, but not everywhere. Every country has its own human rights challenges. To face these challenges, the role of human rights defenders (HRDs) is crucial, writes Mary Lawlor, former Executive Director and founder of Front Line Defenders. Mary Lawlor is the former Executive Director of Front Line Defenders. She founded the organisation in 2001.

When I started in the mid-1970s, much of the world looked pretty bleak. Mass murderers governed in Cambodia, Ethiopia, Indonesia, Iraq, Uganda and many other countries.

Backed by Washington, Pinochet took power in Chile. The generals were in charge across Latin America – in Brazil, Guatemala, Uruguay and elsewhere. In Argentina, thousands of protestors were disappeared, many handcuffed together and thrown out of planes to drown in the Atlantic.

Human Rights violations were rampant around the world and many were hidden from the public eye.

Largely unknown, too, were Human Rights Defenders (HRDs). No one really understood who they were or what they did. They were mostly viewed the same as other victims of human rights violations.

The first attempts at naming and explaining HRDs happened in the 1980s. Then, a major UN conference in Vienna in 1993 brought together activists from all over the world who met and realised that they had a common identity and stood in solidarity with each other. Eventually the UN Declaration on HRDs was adopted on 9 December 1998.

I came to realise that it is HRDs on the ground, struggling non-violently, despite great personal risk, who will do most to build civil and just societies. They are agents of social change. Without them, change will happen, but not the sort of change the world needs. Without them, the sort of change we will see will be a return to the days of dictatorships and military rule.

In their relentless struggle, they face spiralling patterns of repression, such as harassment, surveillance, denial of freedom of association, assembly or movement, suspension from their employment, torture, death threats, targeting of families and in extreme cases their disappearance or murder.

The government, armed group, company or multinational chooses a tool from the menu of repression depending on their goal – often escalating the intensity of the attacks should the HRDs not cease their work.

Criminal charges, detention or imprisonment have always been easy ways to neutralise the work of HRDs. Defamation and stigmatisation in the press set them up for attack as the other, the outsider. Prohibitive NGO laws and restrictions on ‘foreign funding’ have become a common tool used by governments who are threatened by their power.

The vicious rise in killings is deeply worrying – Front Line Defenders documented 312 killings of HRDs in 2017, although we believe there were many more, and killings should be a red line for governments.

But now more people in more countries are aware of their rights. There are thousands and thousands of HRDs working for a just and equal world – many not themselves at risk, but inspired by those who are prepared to put their own lives in danger for the rights of others.

As cynicism about governmental and intergovernmental institutions sets in, more people are putting their trust in civil society.

We have seen how with each despotic regime, there is eventually a tipping point, and brick by brick, HRDs make progress.

Some places are worse than in the 1970s, but – thanks to HRDs and civil society – many are much better. Violence has gone from Northern Ireland, military dictatorships in Latin America have been replaced with democracies. Apartheid is over, and the Soviet Union collapsed. These countries – all countries – still face real human rights challenges, but change is possible, progress is possible if HRDs are allowed and encouraged to do their work without being vilified, jailed or murdered.

We now have the advantage of decades of experience in how to do this sort of work, and how to win.

A long time ago, I met an elderly brother who recounted the injustice and violence inflicted on an indigenous community he worked for in Brazil. As he spoke about them, he half rose out of the chair and suddenly realising this, said, “Forgive me; it’s the spirit talking”.

Nowhere is this courage and spirit more evident than in the words of Anna Politkovskaya, who was murdered for reporting on the war in Chechnya. She said:

“So each time I go there, people tell me things. They do so in the sincere hope that if I record what is actually happening, it will lead to change, to peace. Obviously, I am not to blame for what is going on, but the more I think about it, the more I would be betraying these people if I walked away. The only thing to do is to take this to the bitter end, so that no one can say that when things became difficult, I ran away.”